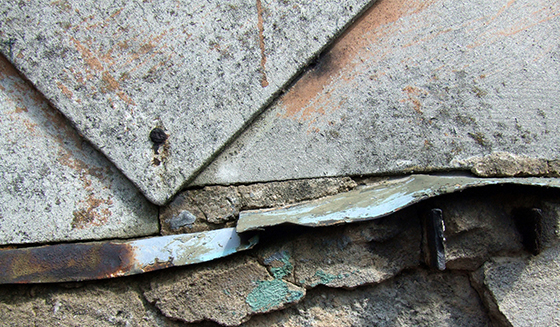 A food company and their contractor have been fined after asbestos was disturbed during building work and only identified by chance when an asbestos removal contractor attended site.

Stafford Crown Court heard no asbestos survey had been carried out by Mizkan Euro Ltd or D H Welton & Co Ltd and either company could have commissioned a refurbishment/demolition before the work commenced.

An investigation by the Health and Safety Executive found Mizkan Euro Ltd were undertaking a project to remove tanks from a factory which required the demolition of an external wall. They failed to provide an asbestos survey to enable their contractor DH Welton to quote and plan appropriately for the work to be undertaken. However, it also found DH Welton could have commissioned a survey when they discovered that Mizkan only had access to a management survey for the building.

When the wall was demolished asbestos insulation board at the top of the wall was unknowingly broken up. A skip of demolition debris was found to contain asbestos insulation board, which had been identified by an asbestos contractor who had been called to site. For the work to be undertaken correctly, a licensed asbestos removal contractor should have been appointed to remove the asbestos under controlled conditions prior to the wall being demolished.

Mizkan Euro Ltd of Chiswick Park, Chiswick High Road, Chiswick, London pleaded guilty to breaching sections 2(1) and 3(1) of the Health and Safety at Work etc Act after failing to plan and manage the work carried out under their control without ensuring that risks to health and safety are prevented. It was fined £60,000 for each charge (£120k) and ordered to pay costs of £13,589.

D H Welton & Co Ltd of Corn Street, Failsworth, Manchester admitted breaching Section 2(1) and 3(1) of the Health and Safety at Work etc Act and regulation 5(1)(a) Control of Asbestos Regulations 2012 after failing to carry out a suitable and sufficient assessment as to whether asbestos was present or liable to be present during the removal of a wall It was fined £15,000 for each charge (£45k) plus costs of £4,529.

Asbestos is a highly dangerous substance, and the risks from asbestos have been known for many years. It can cause cancers and other health issues some 20 or 30 years down the line, and for many of the diseases there is no cure. Many thousands of people die every year from past asbestos exposure. It is vital that employers know exactly where asbestos is on their premises and in what condition. Procedures must be in place to ensure that anyone working on or in the area is fully aware, and adequate precautions must be taken.